Springbok Computers was founded in 2003, and every year since then has gone from strength to strength.

In 2004, Springbok Computers got awarded a project in conjunction from the Prison Officer's Association. The project envolved setting up 5 centres across the UK with 10 brand new computers on prison site. To complete the project sucessfully which was supplied with all hardware, printers and appropriate connections to the internet In which ongoing support for the following 12 months was included, on and off site.

With this experience operations went to the next level by obtaining premises in the city centre of Lincoln. The shop which is opposite HSBC Bank in Lincoln City Centre is very well stocked shop, along with vast array of spares for computers, laptops and MACs. The shop has links to several suppliers, so if an item is not in stock, it can usually be sourced.

In 2009 Springbok Computers became MAC accredited, which is the only company in Lincoln to be so.

Springbok Computers cliental include home users, business and educational cliental. All are welcome.

The games console market (for example PS3 & XBOX), is the next up and coming service which includes servicing, repairs and mods to all consoles, which are all done at the shop in Lincoln.
A contract with a local exchange shop has been achieved since launch - serving for all repairs and independant testing facilities that they require.

Took my mac here and they said I could leave it with them as they didn't know what was wrong. Took it up the street to computer clinic and they sorted it within minutes.

Brilliant staff, the staff member (who i assume is the manager) gave me a free PC check and diagnosis as well as fixing the issue i was having with my hard drive for free, as well as staying open an extra 10 minutes to get everything sorted for me. I felt incredibly welcome in the store and could not have asked for a better experience!

After leaving my laptop with another computer repair shop for 14 days who were unable to rectify the problem Springbok Computers were recommended by a friend. What a superb service all fixed within 24 hours including sending for replacement cable which is what I suspected and suggested at the other repair shop who required a £15 inspection fee up front, again not a necessity with Springbok. Excellent, highly recommended many thanks.

Amazing service. Really nice group of guys who kept me updated through the whole process of fixing my mac. Highly recommend them. I cannot thank them enough.

I went on a recommendation and so glad I did. Lovely shop staff are so friendly and found the problem with my laptop and was fixed straight away at a great price. Thank you so much will recommend you to everyone.

I came across Springbok Computers while scrolling through Facebook & am I pleased I did! It is a long time since I have met such excellent customer service & competence. Within a couple of days I was given a reasonable quote to repair my broken iPad which I accepted & was able to collect it two hours later. I won’t hesitate to use them again & I am happy to recommend them.

Springbok computers are a team of honest knowledgable workers who provide a fantastic service. I brought my HP laptop in and within 24 hours had it back fully working. They did a great job and at a very fair price compared to other companies. Thank you for your great service will definitely use you guys again

Great service and really helpful staff, speak to you in a language that you understand and computer tech language. Would never look anywhere else for a computer service in Lincoln. Thanks guys

Set up my custom rig in a very timely manner, were very helpful and friendly and very professional. 10/10 would recommend. Also great prices

Found Springbok by accident after walking out of a large media store because they were more interested in selling new parts than repair. The guys in Springbok were the complete opposite. Took time to explain what they would do and the cost and were true to their word. Would highly recommend them.

Excellent service -highly recommended!!! Wish we had come to you first! Extremely friendly and professional service - explained everything in clear non techy language.
Will definitely use you again.

An amazing customer service, easy to talk to and they always talk you through what was wrong leaving no detail out. A brillaint store with fantastic staff members.

Matt always makes time to listen and remedy any technical problems - taking no more than 24hours!!

I visited the shop a few months ago now when my computer was next to not working and was unresponsive. I left my computer with them and collected 2days later and my computer has worked perfectly since, I couldn't recommend enough and the price was very reasonable and saved me a lot of hassle sending back to the manufacturer, I would recommend again to anybody! Thanks!

I took my completely broken PC here and they managed to fix it the same day! Amazing service with regular phone call updates and decent prices! Would definitely recommend!

A great local shop with good customer service. I dropped my pc off and within 24 hours it was back to me! It had a full service inside and out - and the fault was fixed well under my rough idea had in my head! Recommened these to all!

I had a previous system custom built by Springbok Computers, which i was very happy with. In such i have also got all the parts for my new system via them aswell. I also bought a refurb laptop from them which was excellent value, but i part exchanged it back to help with the costs of my new better gaming system. I have found they will also go well out of their way to help whenever possible. I am a frequent visitor to the shop, and would have no hesitation in recommending them to anyone else.

The guys here were awesome! Had my laptop shut down and refuse to turn on for me on the Sunday night, took it in for the free inspection on Monday morning, and had it back by Tuesday afternoon. Turned out to be a dust issue rather than anything too serious, but the service was top quality! Thanks guys!

Absolutely great place! I had cracked my screen on my laptop! They were great at communicating with me on facebook before I took it in! I took my laptop in and they were incredibly friendly and nice people! I was really shocked at how cheap the price was for the repair! They communicated with me while the laptop was being repaired as they knew the laptop meant lots to me so I was always fully aware of what was happening. I picked up my laptop and couldn't believe the amazing job they had done, they even turned on the laptop to prove everything was okay before I left!
Great service by very qualified people! Definately recommend!

I have been coming to Springbok for years, and have never had a bad experience. Friendly helpful hands on staff, parts and labour and whole systems all fairly priced, some simple fixes have been free. Keep up the great work guys

Ive known Matt at springbok for around 11 years now! This guy cannot do enough for you! Ive recently bought an Imac from him and he explained everything to me from which one he recommends I should buy to how to use it. He's very busy but always has top customer service with a smile.
To say I'm happy would be an understatement! If your considering using Springbok Computers then I can guarentee you wont regret it!
Great work matt! Great to see you doing well in your new premises.

Springbok are extremely helpful, I would recommend them to anyone who has a pc or Mac problem. These guys know exactly what they are doing, I will definitely be using them again. 6☆ review.

Friendly, efficient service. Did the repair on my laptop for less than half the price I was quoted elsewhere. Next computer issue I will happily go back to these guys 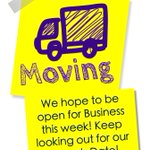