Worried about your anti-virus protection? Is your computer telling you that you need to pay 100 to clear viruses found?

We can provide urgent help, when you think you have a rogue software on your computer, and preventive maintenance to make sure you are adequately protected.

Robert from PC Help and Care provided a speedy and efficient service when I was struggling with a home network problem. He even loaned his own Ethernet switch until I was able to obtain one. Very pleased with his help at a reasonable cost and would certainly recommend him.

Excellent service from Robert during corona lockdown . He visited my home to collect two laptops and speedily repaired them. I will definitely use him again when necessary in the future.

Fast response to initial call-out, PC tower fixed and returned to the house within 24hrs. Will definitely be using PC help and care for any future problems.

I've known Rob for under a year now and asked if he would build me a Gaming PC to high standards, I was not disappointed! I would recommend Rob for any of those who are looking to upgrade current hardware or looking for a brand new build.

Robert has recently revamped and redesigned my website and I highly recommend him for all your PC or website problems or needs. Robert has been very helpful and his work is of a very high standard and his fee is affordable to small and large companies alike. Thanks Robert for all your assistance.

Had a screen down on old Mac Pro. Robert diagnosed it as faulty graphics card -got one off ebay and had it sorted within a couple of weeks. Picked up and delivered the Mac as well. Very satisfied with all aspects of his service. And not expensive.

I have known Robert for quite a few years now and have always found him very knowledgeable, friendly and reliable. It is greatly reassuring to have his help on call. "He has repaired faults on my two old desktop computers, made one serviceable machine from two and recently set up a laptop.

Robert is a very knowledgeable computer technician and has attended my computer when I have had problems. He is prepared to call any time that is convenient to the customer. His charges are always very reasonable.

Robert is a very helpful guy, he comes out any time to help resolve issues with my PC.

My laptop would not do anything, it had basicly stuck, i made a call to robert who I have used in the past, he came to my home the same day carried out an analysis in my home, but was unable to fix on site, robert took my computer away for a more detailed look, it was found the hard drive had developed a fault, a new one was ordered and installed, the computer was returned in working order, robert spent time setting me back up on line, and did not leave until all was ok, excelent service will use again if and when needed.

Robert has fixed my PC twice now as hardware issues have occurred, latterly replacing and formatting a new hard drive and installing an upgraded operating system. He does a super job, is very reliable, turning up when he says he will and he obviously knows his stuff. Very happy with his work.

Robert helped me when I had problems with a virus. He came promptly , dealt with the problem effectively and was patient when I asked questions which revealed my ignorance of computers! I would happily use him again and would highly recommend him.

Robert installed new Windows package and got my PC up and working again at a very reasonable price. Prompt and helpful service with home visits included. Would not hesitate to recommend him and will certainly use his services again.

Excellent home service for a perfect price. Diagnosed the problem accurately, explained everything in detail, provided me with both the expensive and less expensive solution and manage to save my laptop for a price within my budget. I would recommend Rob and "PC Help and Care" to anyone.

My son had forgotten his password and had not been able to use his laptop for months. Robert enabled us to set up another password. I also had a computer that would not accept internet explorer although it said I was connected. The computer would not receive Google Chrome either. Robert to the pc away and cleaned it completely. Saved the important things I had on it and then reloaded it from scratch for me. Since then it has worked perfectly. Quick effient service. Thank you Robert.

Would highly recommend - Robert attended to look at a Powerline issue I was having and managed to pinpoint the problem after some testing, however whilst he was here he noticed that the fan on my PC was spinning very fast so looked at and fixed that at the same time for no extra cost.

Excellent service and would use again.

Happy to go out of his way to help in any way he can. Always get prompt replies when communicating with him & the work he's done for me so far has been reasonably priced & faultless. He's even nice enough to come collect or drop off things to my home, even if it's out of normal working hours.

Highly recommended & will be getting lots of work for me in the future.

Fantastic bloke. I have been using him for the past 3 years and he never fails to deliver. Reasonable rates is a big plus as well!

September 2015 I had my gaming pc upgraded with a new graphics card and while it was in the shop I also had it thoroughly cleaned of all the dust that builds up inside. Ran perfectly fine over the Winter but coming into Spring/Summer I started getting the 'Blue Screen of Death' and random complete shut downs. Tried taking it back to the shop but that was all abandoned and shut. My son asked his computer maintenance colleagues who suggested the power supply needed replacing so £50 later new power box fitted but still the same issue of random shut downs.

Gave Robert at PC Help and Care a call who collected machine on a Friday evening and by Monday had identified and fixed the issue and delivered it back to me. The issue was there no thermal grease between CPU and the copper pad on the heatsink - it had all been removed during the last service !!!! My PC now runs perfectly and the cost of Roberts excellent prompt at home service was just over half what a large computer shop charges for taking the computer in to them! I highly recommend Robert and I will have no hesitation in calling him first if I need help in the future. Many thanks.

PC Help and Care - Looking for computer services in Swindon? 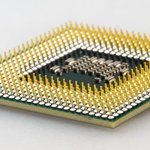 I have founded the company in 2008, and since then I've been helping home users and small businesses in Swindon and surrounding areas. I'm available Monday to Saturday, with bookings available on request via the contact form. Having been in the industry since 2001, and much earlier as a hobbyist, I'm a genuine IT enthusiast, fully qualified to provide both a professional and personalised service. I provide computer repairs, troubleshooting, training and support, custom built PCs, virus removal and prevention, computer valeting, and more.

My name is Robert, and I run a computer services business in Swindon, Wiltshire. I've got involved in building and repairing computers for the first time in 1996. What started off as a hobby, eventually became a career path. Now with 12 years of professional experience and an industry recognised certification, I can provide the best support for customers in and around Swindon. I started PC Help and Care in November 2008. Since then I have built up a group of regular customers, which are mostly home users, but also a few local businesses.

If your computer is running slow or you have run out of space on your drive, it doesn't necessarily mean that you have to throw it away and buy a new computer.

You can spend hundreds of 's in a store to buy a computer, but will it have everything you need?