Logic Computer Services provide customers with Free Estimates on all Computers Maintenance and Repairs. Free collect and return of all Laptops and PC's is an extra service to ensure that a customers needs are met which supports those without personal transport or those unable to due to injury or age.

Logic will try on all occasions to repair on site but it may be necessary to remove th computer for further testing or analysis in order to locate the problem. Sourcing quality replacement components at low prices ensures that customers receiev low estimates for all repair work, this is a speciality of the business.

Water damage to laptops is a common problem which Logic is able to take on and effectively solve due to experience in the repair or liquid / water damage to notebooks and PC's.

Computer System Tune UP / Optimisation Pc or Laptop Running slow, freezing or crashing. Our tune up could solve all your problems!

We build professional looking website that rank highly in search engine results in as little as one week a customer can get page one positions in Google.

Had a problem with my PC's speed and it's general performance, so I called LCS having been a customer of them when they had a shop in Bo'ness. Jay, of LCS, promptly replied and arranged a meeting to discuss possible solutions. He subsequently upgraded my PC and organised a much cheaper arrangement for some App licenses that I had. Great outcome.

Extremely capable and fast reliable service. Nothing is too difficult for Logic. They know what they are doing and their service is amazing.

Thank you to the very helpful young man who fixed my Laptop problem today. I didn't know where to start !

Fantastic place to work for, actually used them a couple times before I started working here. Were fast and offered a fantastic service to me and was one of many reasons why I applied for a job here.

Great service, contacted and left answer machine message and was called back very soon. Very prompt and friendly service, would use again and recommend to others, thank you +++

My wife dropped and smashed the screen on our new iPad, Thankfully Logic had the screen in stock and replaced it within a day... saved me from getting hassle from my daughter, she can't live without the dam thing! anything is worth saving me the earache! Thank You for your help Connor!

just had my laptop in for repair last week after my kids knocked it off the table and smashed the screen. thanks for the fast repair and friendly service. if I have any future problems I'll def come back for your help!

When the motherboard on my work laptop failed a couple of days after Christmas, Jay collected the laptop and began working on it immediately. Whilst the laptop could not be saved, Jay managed to recover all of the data and even recommended a suitable replacement. Jay kept me up to date with progress despite it being the holiday period; great service! 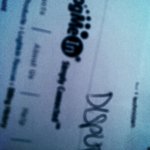 Log me in- an giant that hides the terms & conditions on their site & isnt upfront re autorenewal on subscriptions http://t.co/JLjkPnW4
Twitter   Full Post ›
How many IT guys does it take to...? on a call out last night, customer had 15 BT engineers along prior, none could fix it. Taken me 15min!
Twitter   Full Post › 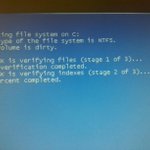 New data is being written to the drive all the time for windows updates, drive monitoring, etc. Thebest thing to do is not use the computer and either remove the hard drive yourself or have someone whoknow what they're doing remove it for you before forwarding it to us for the recovery process.

Many computer users are unfamiliar with the term Malware and instead often use "computer virus" for alltypes of malware, including true viruses. Software is considered malware based on the perceived intent of the creator rather than any particular features. Malware includes computer viruses, worms, trojan horses, most rootkits, spyware, dishonestadware, crime-ware and other malicious and unwanted software. Common forms of Malware which we have seen over the past year have included the metropolitan policeMalware.

Sometimes referred to as the "brain" on a computer, it makes thousands of calculations in a fraction of a second. HDD - Hard Disk Drive: This is where your operating system (windows/linux) is stored and run from, Itis also where also your data such as documents, music and video are stored. The larger the size of the Hard Drive (measured in GB: Gigabytes) the more you can download and store on your computer.

However, even using Antivirus products it's impossible to stay protected all the time. The reason for this is because hundreds if not thousands of viruses are being built and released all the time. Understandably the Antivirus companies can't know about them right away and first need to obtain samples of the viruses in order to determine the code they are made up of and how they can affect the host computer. Therefore it could take a week or more from the first instance of a virus, to the point where the Antivirus company finds a solution and creates a software update for your Antivirus software, which is then in turn downloaded to your computer.

PC Repairs - All types of software and operating system repairs for Microsoft Windows Vista, Windows 7, Windows 8.1 and Windows 10, Re-installation and configuration of software. We can Repair Laptop Screens that have been damaged or cracked due to a fall or other accidental damage. We supply and fit replacement screens for all models of laptop. We can replace any hardware or components necessary for a Laptop to function and source all our parts from our national suppliers. We also specialise in repairing water damaged Laptops.