We operate a "no fix no fee" policy which means if we can't solve a problem you don't pay for the work. (Excluding console repairs.)

Can’t recommend cybercure enough. I was half way through my essay when my laptop packed in, took it into the shop and had it sorted the same day! It is much faster and after having my wireless connector replaced I can finally get back to it!

Whilst on holiday in September 2019 I took my iphone7 to be repaired at Cybercure Diamond street Pembroke it had a faulty charging port, they repaired it but on collecting it back the home button wasn’t working they agreed the home button was working before repair and ordered a replacement button to be replaced f.o.c after several visits back to the shop I eventually found them open and they replaced ithe button but still it did not work, they said it may work later, as I was returning home the next day I had to accept what they said. Now seven weeks later the cover to the home button has fell off and it sill doesn’t work, my local repairer said the original button had been damaged repairing the charging port and the cost to replace it would be £170 , so people please be aware that cybercure are not qualified enough to work on iPhones.

Brought my iPhone here although I thought it was gone for good and they managed to get it working within the same day, amazing service.

I took my laptop to Cybercure and had a HDD replacement and Windows installation done in less than two hours, very fast and professional, thanks a lot!

Will be using you again. Fantastic service. IPhone 5s battery was playing up we have been back and for trying to get the right problem solved only charged a small amount.

Dee McGowan :- My husband took our brand new Acer Laptop to him to set it up for us and Jamie was just brilliant. Would recommend him time and again. He knows what he is on about there is no bs off him, A lovely man who makes you feel welcome and is very obliging. Will definitely be using him again.

First Class Service. We have used Cybercure for years for everything from phone repair to our business computers. Highly recommended...

Great prices and fast and reliable. Use them every time!

Fantastic service, had a broken laptop screen while on holiday. Only real place within a drive from Tenby and fixed it all within an hour. Friendly, helpful and professional! Thanks again!

Cybercure provided a prompt response to my request for assistance at home. They quickly diagnosed and fixed my IT problem in a highly professional manner. I would have no hesitation in recommending them to others.

Took my MacBook in on Tuesday, had to order the part in. But it came very quickly and I managed to get my the Macbook back by Friday fully repaired. Very helpful and efficient from start to finish. Will be reccomending to friends and family.

Absolutely amazing service! Cannot recommend enough! Made a phone call at 11am to question whether a laptop was salvageable, dropped it in by 11.30am and was repaired and ready at 4pm the same day! Very reasonably priced and Jamie gave an outstanding service. He did exactly what was needed and kept me informed all day. He's definitely the man for the job! Top class service! Would highly recommend

Absolutely amazing customer service. Helped me with my tablet writing up a report so I could get an exchange on a faulty product. Great value for money.

@aguerosergiokun my boy is at Swansea later. Green wheelchair. Give him a high 5 if you can... his name is Daniel
Twitter   Full Post ›
@Billy_Connolly do you fancy a great night with everyone from @BrittleBoneUK at the #apex dundee this saturday night? If you're in town...
Twitter   Full Post ›
@RockstarSupport Is it possible for me to call the Dundee branch and arrange a visit? My boy and I are in the city https://t.co/d8fp6YZ14u
Twitter   Full Post › 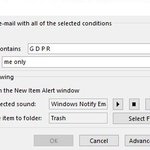 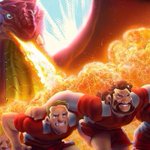